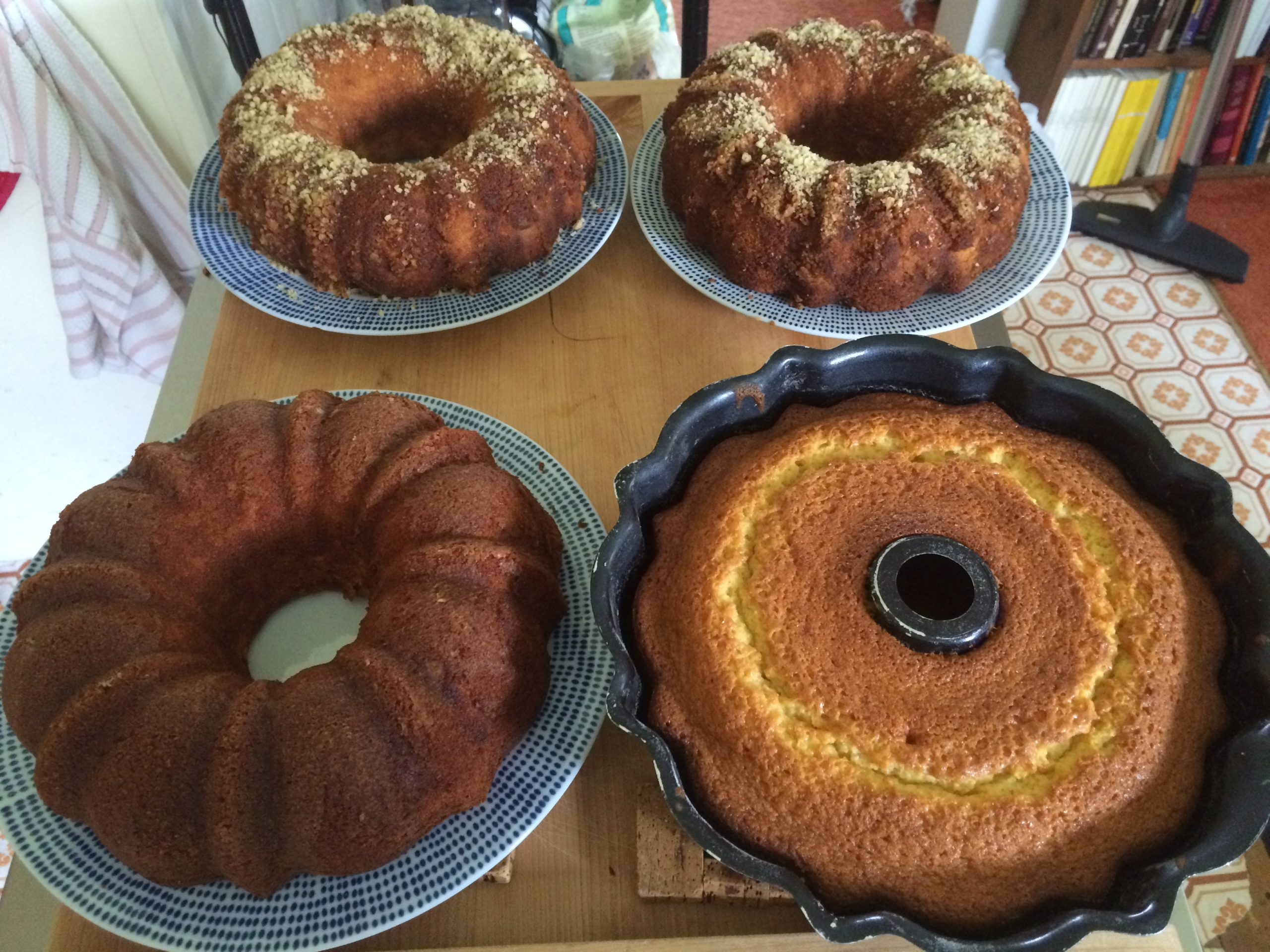 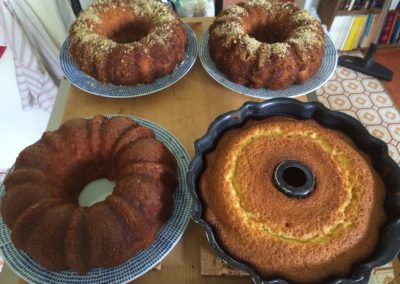 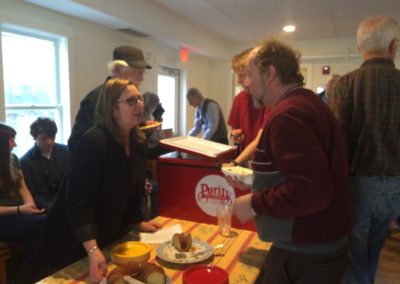 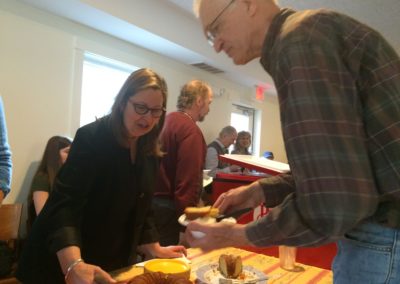 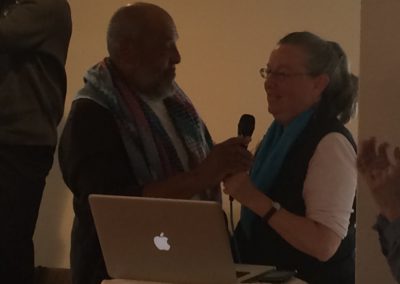 In The Rum Cake Brigade, the “homemade” Rum Cake is elevated to a “readymade” to activate a network of information about the unmanned military drone program, a local and global political issue.  The cake is like the one that upstate New York anti-drone activist and culinary extraordinaire, Mary Anne Grady, serves at the end of any meal she caters.  Preparing Caribbean, Central and South American food since the 1970’s, Mary Anne Grady Flores got her catering start by cooking for social justice.

Grady Flores has been a vocal leader and drone protestor. Recently sent to prison for taking photographs on the sideline of a peaceful protest at Hancock International Airport Military Base in Syracuse, NY, The Rum Cake Brigade activates a social network in support of Grady Flores. In solidarity with Grady Flores’ dedication to peace and drone awareness our network of social bakers commit to making rum cakes for anyone who will join The Rum Cake Brigade and who promises to distribute information about the US drone reaper action In their state and the plight of many peace activists who are awaiting sentencing and jail.